So….my birthday has come and gone.  I don’t know that I’ve yet made peace with this birthday, but I really don’t have a choice, seeing as how time marches on and no one has invented a stop time machine.  (Two best inventions that have yet to be invented – a stop time machine and a teleporter.)  However, I was at the happiest place on earth (or one of them) for my actual birthday.  It was the first time I celebrated my actual birthday at a Disney park.  And for the record, being at WDW for my birthday?  Absolutely amazing!!

Before we get into the bullet point bonanza that was my weekend, let’s start off with the funniest part of the trip.  Friday night we arrived back at the hotel and I noticed we hadn’t been given any new coffee packets.  Bummer.  We went to bed and the last dream I had before waking up was that Jana & I had already woken up and were in the process of getting ready when housekeeping knocked on our door.  I answered and asked if they could come back in a little while and I also asked if they could give us some coffee packets.  She gave me two steaming cups of coffee.  I handed one to Jana and she said (in the dream) “Mmm, Maxwell House.  Good to the last drop.”  Random dream, right?  I wake up and start to get ready.  Jana wakes up and I start to tell her my dream.  I get as far as “let me tell you about my dream” when there is a knock at the door.  I answer it and it is housekeeping so I ask them to come back later and ask for coffee.  I close the door and Jana is super excited I got coffee.  And I tell her that my dream just happened in real life.  Except it was coffee packets rather than a steaming cup of coffee.

And then it was time to go home.  See ya real soon!! 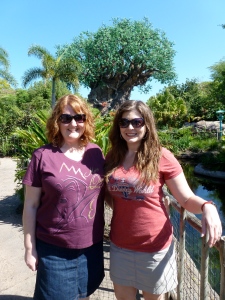 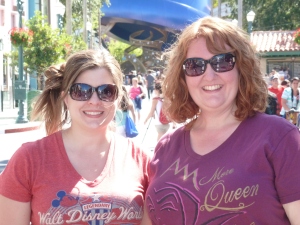 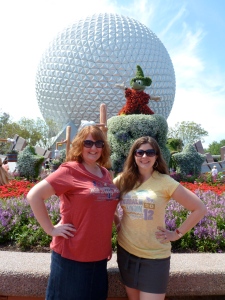 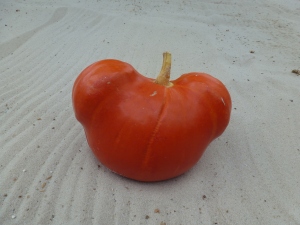 Mickey pumpkin on Behind the Seeds tour 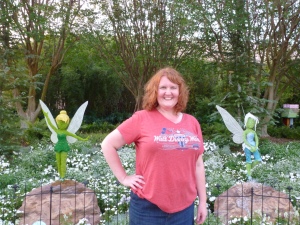 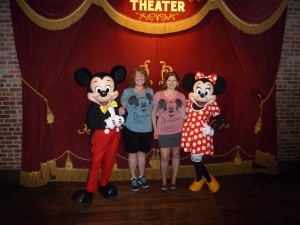 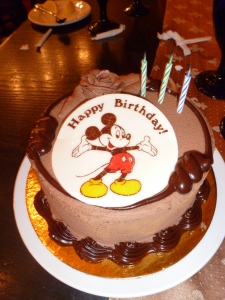 Delicious cake!! Thanks Jana for the surprise!!

This entry was posted in Disney, Trip Report. Bookmark the permalink.