I knew Wine & Dine was going to be my 38th and 39th race!  I just knew it!  Of course I forgot about that last-minute sign up for the Scary Run, which meant they were actually my 39th and 40th, but since they are both under the Wine & Dine umbrella, we can just count them as one race, right?  This way I can have a true 40th race.  Shhh, we’ll keep it our little secret!

After some plane drama, including a missed connection, I finally arrived in Orlando and met up with Michelle, Jason & the kids.  Jason had decided to run the challenge this year!  We did the quickest expo pick-up I have ever done and headed over to Animal Kingdom where I was able to experience Pandora!  We did Rivers of Light (which I really enjoyed) and then hightailed it over to Flights of Passage to get in line minutes before the park closed.  The ride was A-MAZE-ING!! 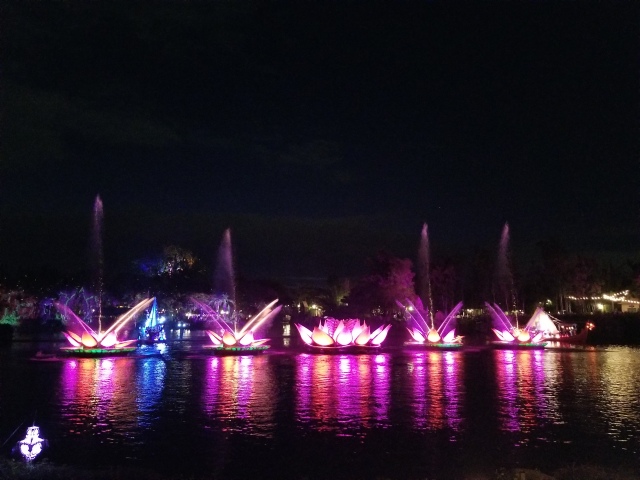 How I love early Disney race day mornings (ugh).  After barely any sleep, I was up and ready for the 10K.  I didn’t realize the course had changed until I realized we weren’t getting dropped off at Epcot!  Instead we were dropped off at a Magic Kingdom parking lot.  I met up with Jason and we began the long wait until it was time to enter the corrals.  And we were off!  The course took us to Hollywood Studios and then over to Epcot.  There weren’t a lot of characters out.  Oh well.  I finished at just under 1:30, which may be my fastest Disney 10K. 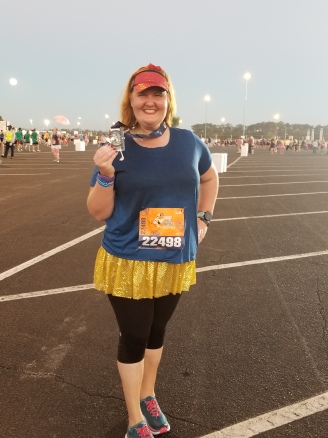 I met up with Michelle & the girls at Hollywood, where I conquered my fears on Tower of Terror and ran into Krissy!!  How fun!

I was slightly paranoid about having the clocks fall back and not being up at the right time so I set all the alarms.  Once again it was a very early morning and I met up with Jason as the Magic Kingdom parking lot.  The course took us through Animal Kingdom where we got to run through Pandora!  From Animal Kingdom we made our way towards Hollywood Studios and finally Epcot.  Along the way I ran into Jenn!!!

It was so humid and I was so ready to be done!  Across the finish line I went!  I met up with Michelle, Jason (who finished way before me) and the girls. 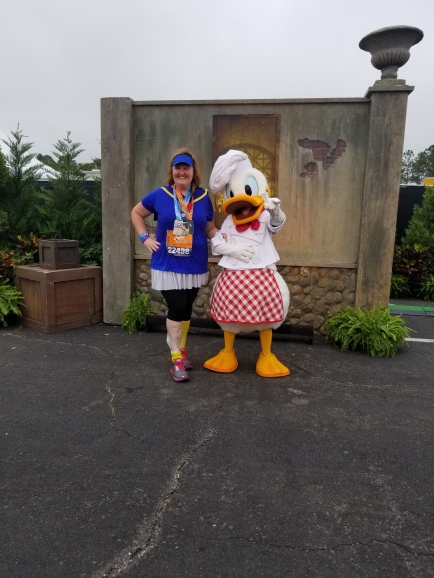 After starting the day over again, I made my way over to the Magic Kingdom for some much needed magic!

This entry was posted in 40 in 2017, Race Report, runDisney and tagged Two Course Challenge, Wine & Dine, Wine & Dine Half. Bookmark the permalink.