There are so many choices of where to go and what to do in Iceland.  I think our itinerary went through about 50 iterations.  What finally emerged was a tour of the South Coast of Iceland.  What came up in researching was that the weather in Iceland can be unpredictable and change often.  This played into the itinerary design in that we decided to drive the furthest on our first day and then slowly make our way back to Reykjavik.

After visiting Sandholt, we were off!

Because it was a long day of driving, we decided to break it up with a side visit to the Secret Lagoon.  The Secret Lagoon is approximately an hour away from Reykjavik (it was also something Nilufer hadn’t done).  It claims to be the oldest swimming pool in Iceland.  The pool was quite warm and very picturesque.  The changing rooms were nice and had hair dryers.  Of course it was raining while we were there, because apparently if we were in a pool, it meant it was time to rain. 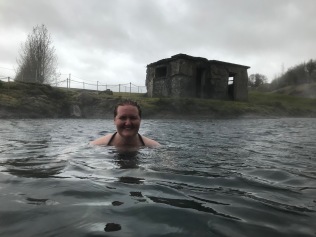 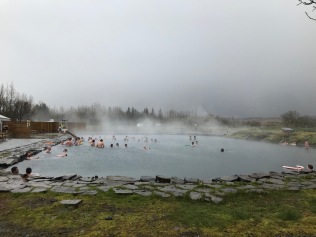 Finally it was time to get back in the car and head towards our hotel.  The landscape was amazing and kept changing.  I was surprised at the lack of trees in Iceland,  But moss was more than plentiful.  We drove through a section that felt like we were on Mars!  So many moss-covered rocks!! 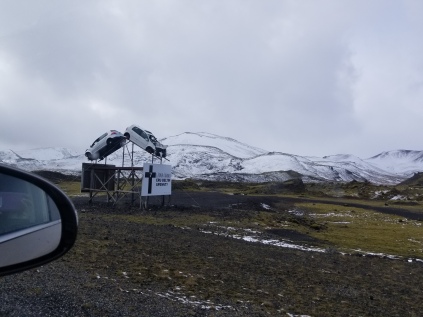 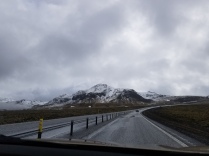 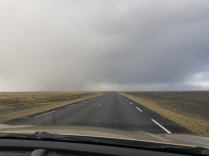 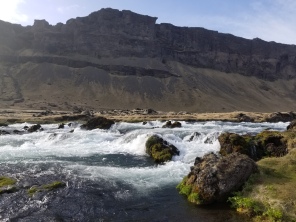 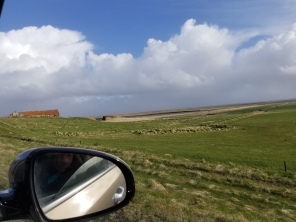 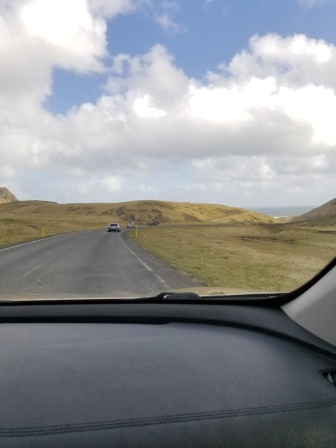 We arrived at the hotel, Fosshotel Glacier Lagoon.  We had chosen this hotel due to its proximity to Jokulsarlon, which is a story for another day.  We had dinner at the hotel restaurant as it was in a slightly remote area.  The hotel was nice and the food was good.

Stay tuned for the rest of our journey.

This entry was posted in Iceland, Travel, Trip Report and tagged Secret Lagoon. Bookmark the permalink.

2 Responses to 2018 Reykjavik to Hnappavellir